For this artwork I created a sensor reactive tree that whispered a diary extract when it became triggered by human presence. It was sited in a small sheltered clearing overlooking Church Ope Cove and the volume was such that the listeners were inclined to crouch low and bend their ears to the tree in order to understand the text. It took the audience a little while to decipher where the whispering was coming from and once it was discovered it created an intimate experience.

The extract being whispered is from an 18th Century diary ‘Old Portland’ which was written by a young girl called Elizabeth Pearce. She talks about the day to day life on the Island and her innate connection with the natural world. The site has links to Portland’s Ancient past and is close to St. Andrew’s Church which was believed to have been built over an Ancient Temple or Stone Circe to Venus.

I like the imaginary idea that trees that have stood for hundreds of years could somehow store memories and communicate these to one another…or even to us.

‘ I believe that when our outer focus balances and blends with our inner focus, we can appreciate a sense of sacredness. Often people find inspiration to greater things when they connect with the countryside and it’s special locations. Within our landscape are sacred centres of power, marked by our prehistoric ancestors who had a great understanding of and sensitivity to this natural energy. The strong magnetic fields recorded at many of these sites have a subliminal effect on the senses; this may lead to visions or dreams for those who are sensitive’ – The Spirit of Portland, Gary Biltcliffe 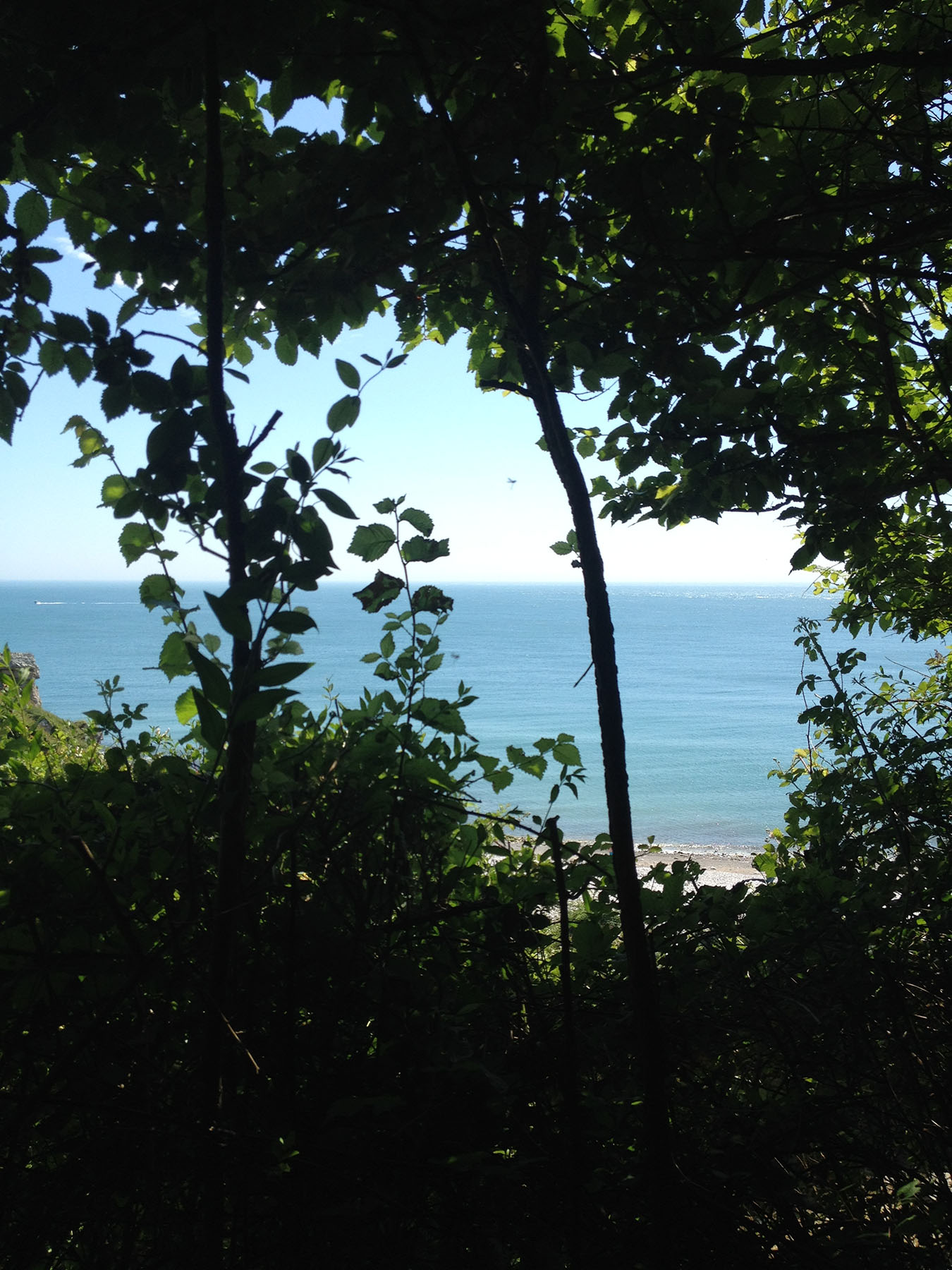