Everyone who encounters Dr. Love immediately forms the same opinion about him. They like him, they trust him and they believe that he can cure anything … though the premise of his particular medicine is a little unconventional. He claims to collect all aspects of love and bottle them to be used in healing a myriad of ailments. He has a surgery filled with colourful bottles containing such delights as ‘first love’, ‘stolen kisses’, ‘warm thoughts’ and ‘strands of wonder’. For the most part it really works, however, Dr. Love is not exactly who he claims to be.

Though he can spend several weeks curing the sick with his wonderfully unique love potions, he always finds himself momentarily lapsing into a very different kind of doctor. Quite some time ago he experienced a terrible trauma that he carries with him wherever he goes. It surfaces sporadically and each time it causes him to be uncharacteristically evil. When he recalls the morning he was jilted at the altar aged just 17 he finds himself replacing his prescribed love potions with the poisonous extractions from the darker side of love; jealousy, lust, obsession, control etc. The effect of this is to actually make his patients sicker. He does feel guilty about this afterwards, but he feels powerless to prevent it from happening! Usually he follows an evil episode with weeks of exceptionally kind and charitable actions and he almost forgets what he has done.

It is Moltar, the wise fortune telling mole, who intuitively knows what the doctor has been doing. But it isn’t this shame and exposure that changes him. The doctor finds his eventual salvation in the arms of his dear budgerigar friend Lord Elgar. Though it was obvious to all around them, both birds had absolutely no idea that their long and enduring friendship would wind its way into their sleeping hearts and kindle a romance. In time, Dr. Love reforms his collection of medicines and throws away his poisons. He is able to create an abundance of his very own love crystals and he prescribes them freely to every one of his patients. The effects are widespread and his remedies become cherished amongst all he treats. Moltar never reveals the dark secret that he had uncovered, but he always greets the doctor with a knowing nod and a little affirming smile. In return the Doctor wraps his wings around his friend and holds him for as long as he can, without embarrassing them both. 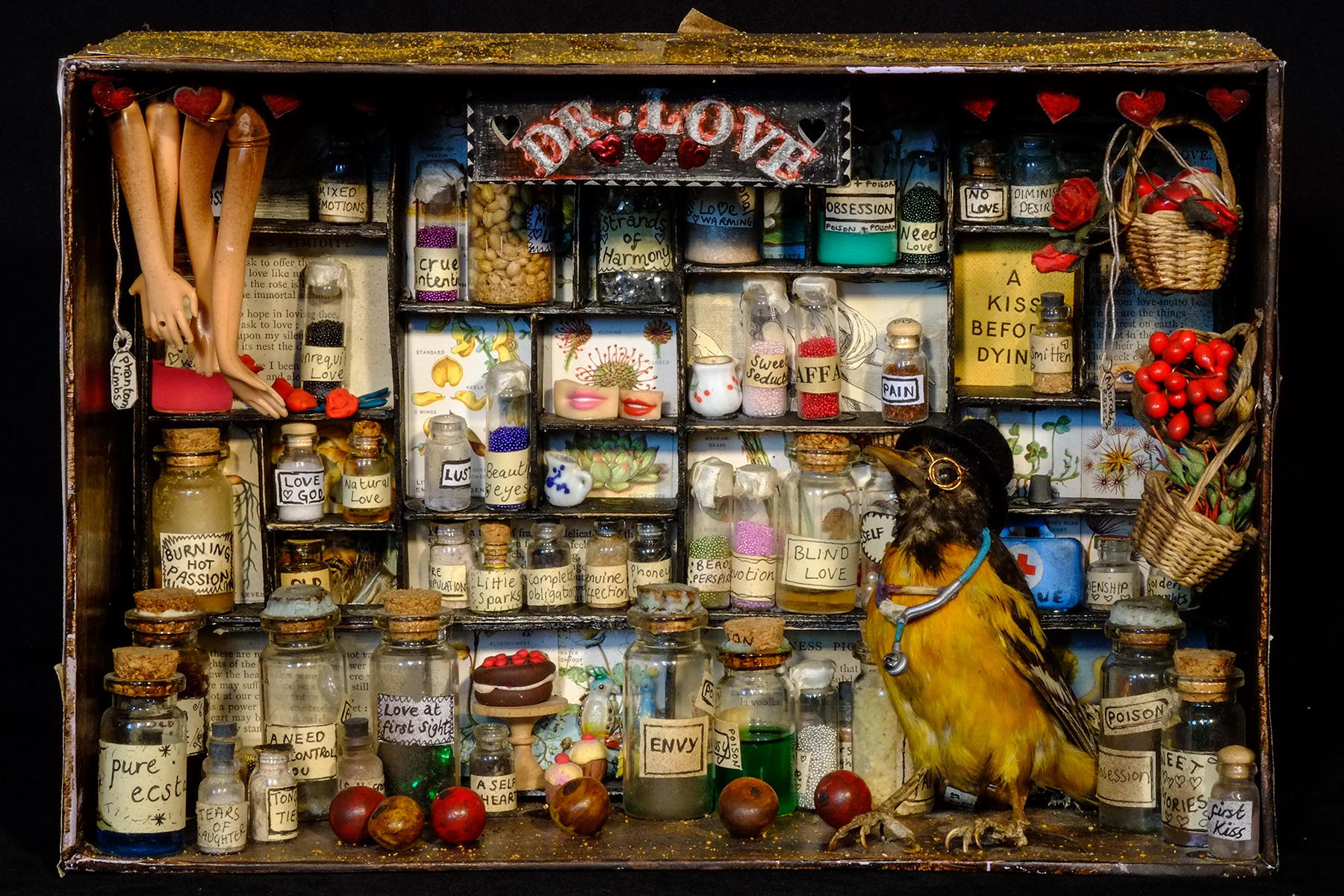 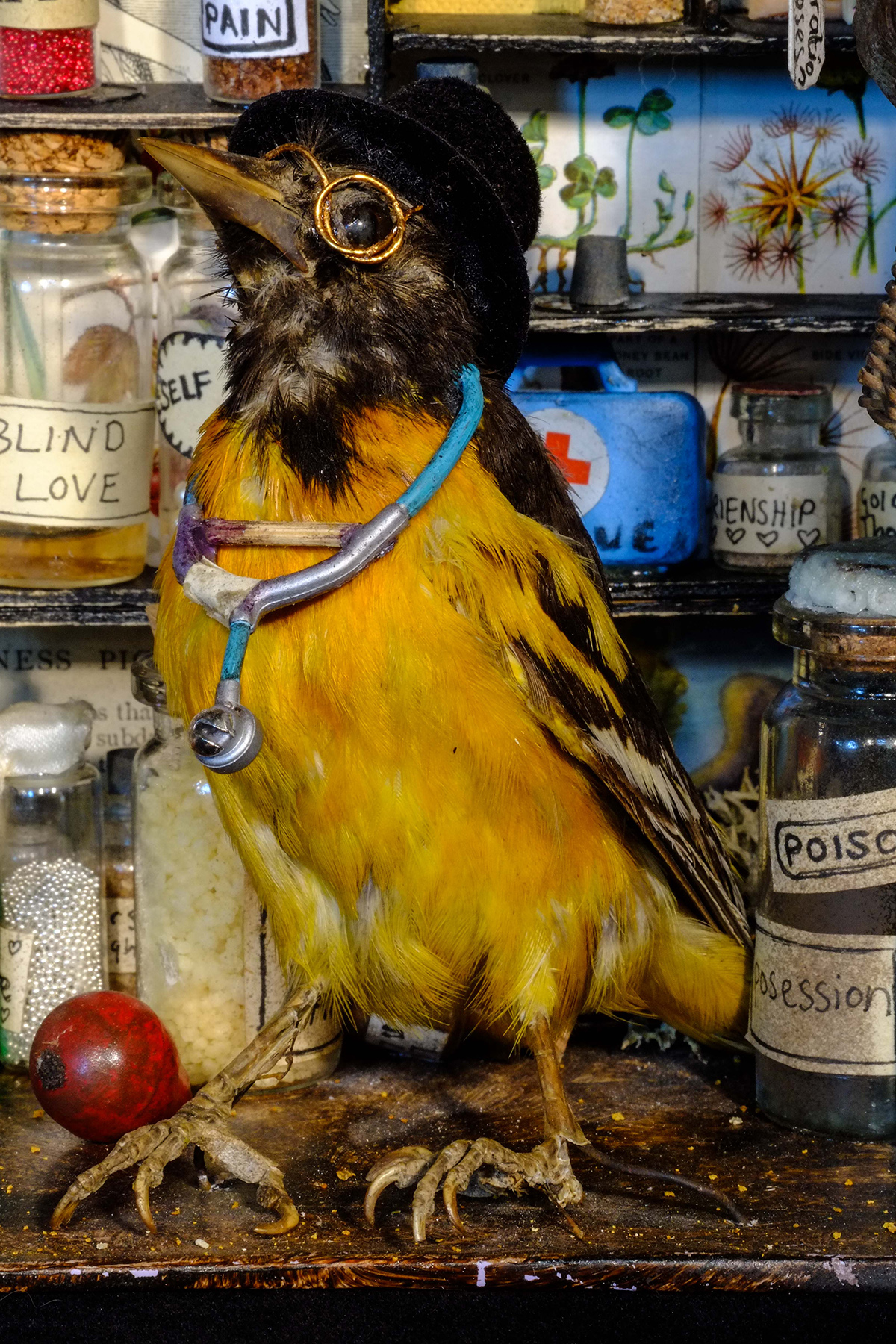