The story of Oshi is one of the power of the collective over the individual spirit. All his life this young mole had been told that he was a ghost, and he caused a terrible commotion whenever he ventured out. There had never been a creature that hadn’t run from Oshi and there had been many attempts to destroy him. Forced into a reclusive life of depression, anxiety and isolation, he rarely found the energy to even get out of bed. However, something remarkable happened to Oshi that changed his life forever. He was saved by an unexpected and beautiful encounter with Moltar, the wise fortune telling mole.

One day in June Moltar caught a glimpse of Oshi running away in his usual manner, and he knew immediately that this was an albino mole and not a ghost at all. He called out to him “Hey, hello who are you? Don’t be afraid.” These words floated across The Field through the warm summer afternoon, and rested in Oshi’s heart forever. They stopped him in mid flurry… they arrested him. For the first time in his life he felt seen, and by being seen he saw himself. He could see that it was he who was running away! Could it be true that it was actually his own fear that kept him running and hiding and crying into his pillow at night? and not the fear that he created in others?

He stood there in The Field that afternoon and he took a long breath. He noticed the air had grown heavy and that all the thistle flowers were bowing as if waiting to be touched. It was a single crystalized moment in time that was so powerful that he felt overawed. “Gosh… this feels like the beginning of a storm” he muttered, and with that he found himself remembering a freak hailstorm from his childhood that completely destroyed his Grandfather’s greenhouse. But there was no storm on the horizon… only a small mole with a wonderfully wide smile, wearing a strange turban and spangly shoes.

In time a quiet and gentle friendship between the two moles began to form. Eventually Moltar helped to convince Oshi that he was no ghost and Oshi learned to live in his own skin. He could see that it was a different skin, but it was still warm and soft and there was nothing ghoulish about it at all! He even started to see the humorous side of his former life as the ‘ghost of the field’, and at parties in years to come he found himself dressing up in a white sheet and pretending to scare people just for fun! 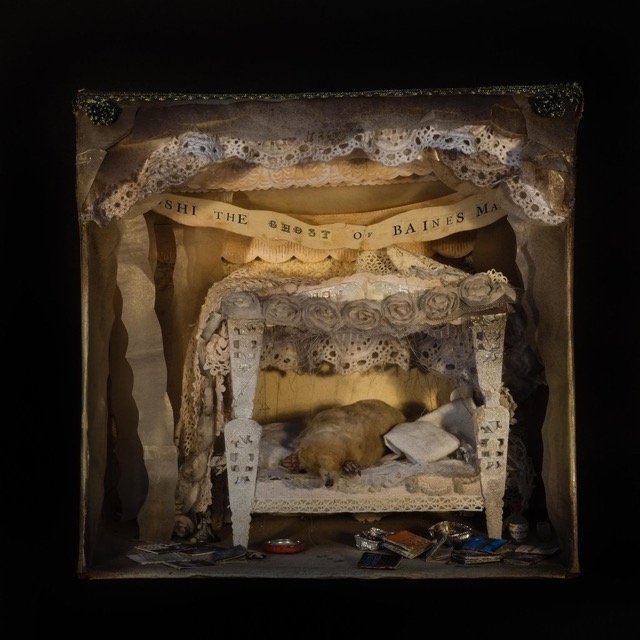 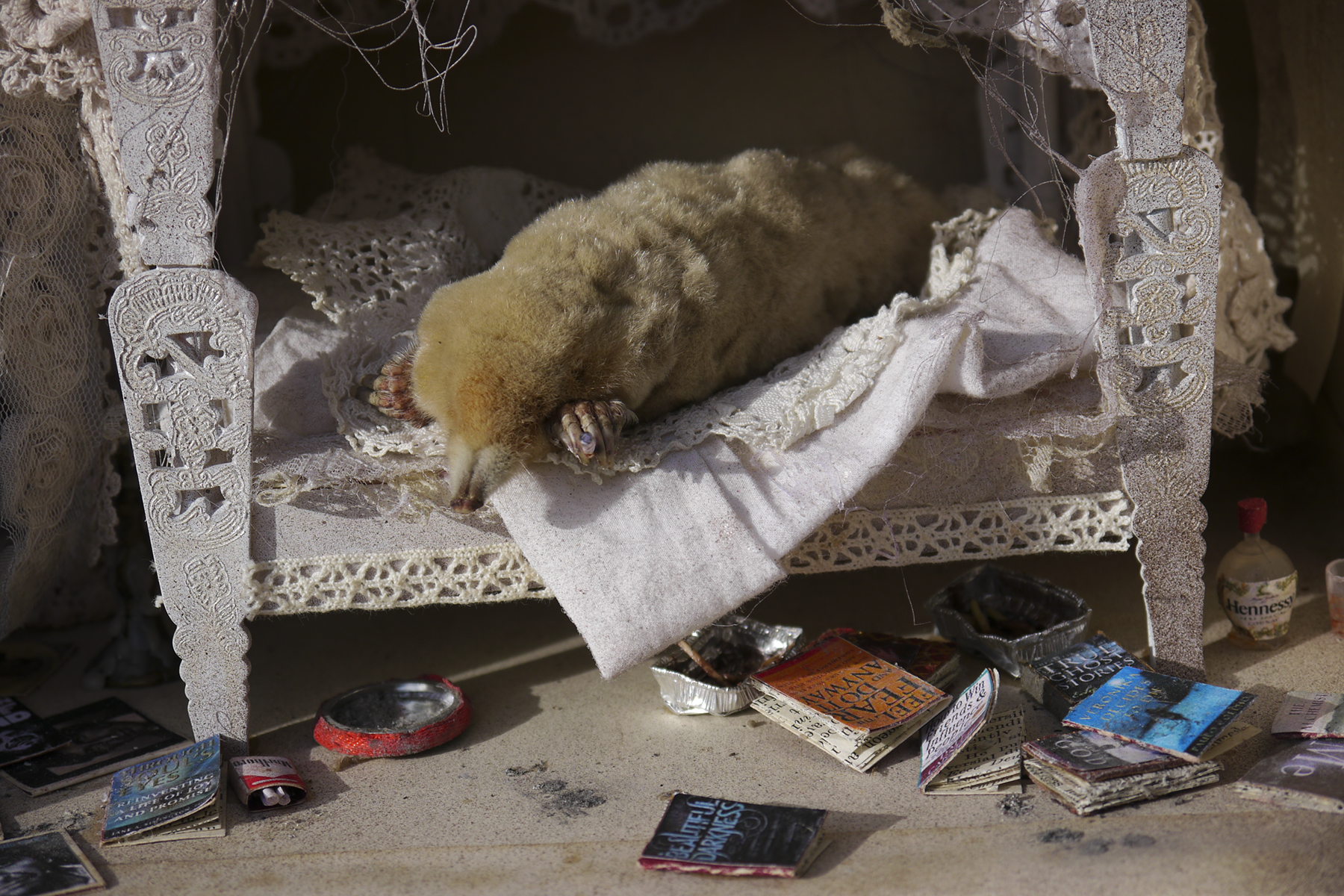 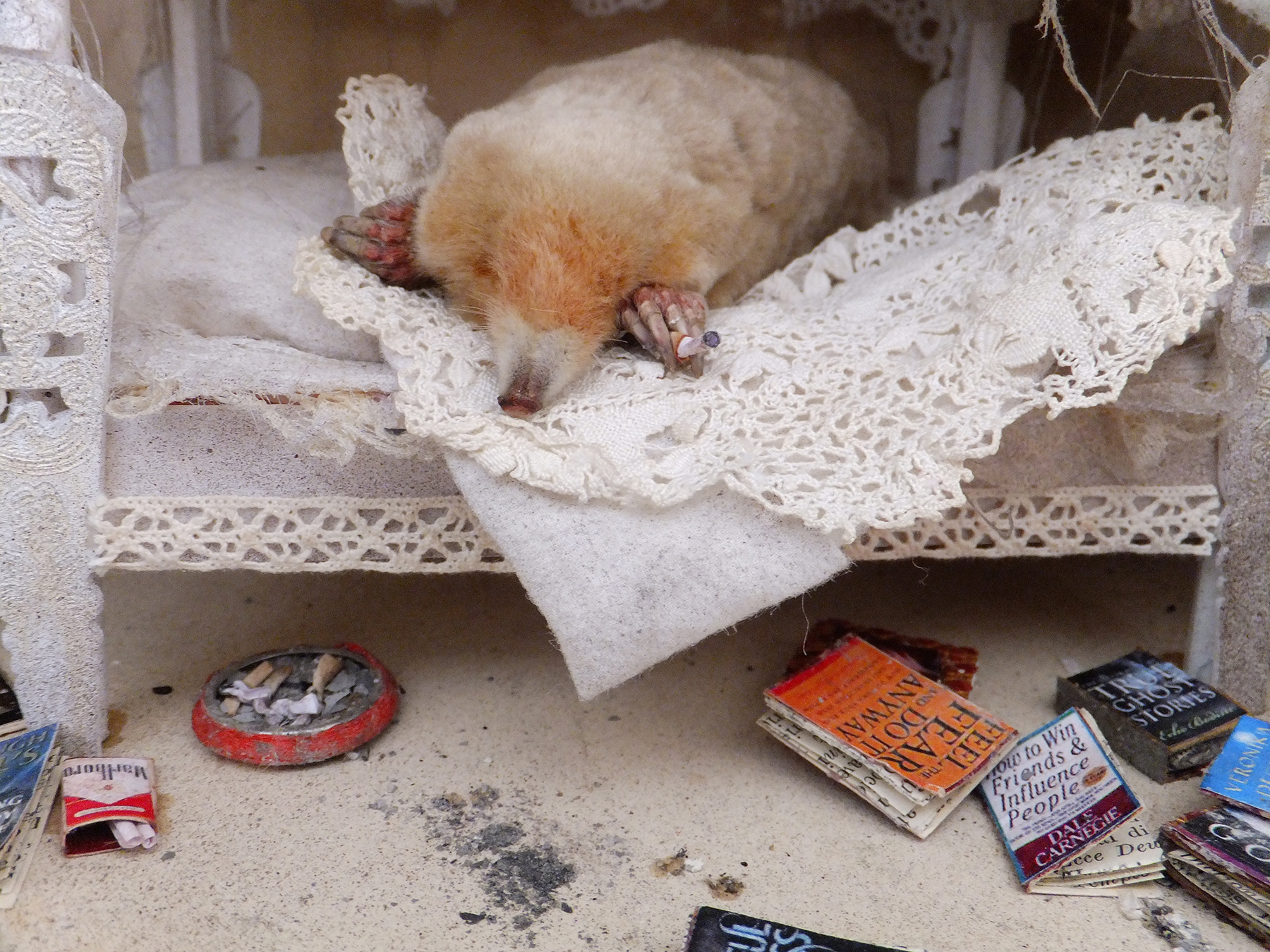