Moltar – The Story of John

John was born into a long standing and highly successful underground mole society. He was an eighth generation ‘John’, from a line of hard working and earnest male moles. They were excellent citizens and husbands and the family name was very well regarded. His home was on the ‘good’ side of the field and there were a series of chambers and passages that provided pleasant and safe surroundings for those born onto this side. There were activities to be enjoyed communally every weekday after work, and there were several lounging stations offering sedatives of various strengths to be enjoyed at the weekends. Homes could be purchased by way of a loan and could generally be paid off within a lifetime. There was largely an acceptance that the party of ‘Elders’, who directed all matters, were both fair and wise and they seemed to create little opposition. It was a wonderfully harmonious place to be born into.

But John was thoroughly bored.

He didn’t much care for the Friday night socials and he didn’t really want to own his own chamber. He found his colleagues conversation trite and he would spend most of his days in silent protest. He was a male who possessed none of the ‘maleness’ of his fellow moles… but he found he had very little in common with the females either. There was only one aspect to his life that excited him, and that was his secret love of archaeology. Every evening he would venture deeper into his own hidden tunnels and stroke the ground with his paws in anticipation. He would find brooches and pennies, thimbles and pieces of china… There was nothing so thrilling as the discovery of these underground treasures and he would create wonderful elaborate stories to accompany each find.

Sadly his joy was short lived as the elders could see no lasting value in his obsession with the past and they ordered that he remove all the found ‘trinkets’ from his home. They quickly created a new law which forbade all tunnelling for private amusement or profit, and they kept a watchful eye on John’s movements thereafter.

A lesser spirit might have given up at this time and John certainly did feel broken. But something shifted deep inside and instead he began to dream of a far greater and more magical life for himself. He felt sure that if the elders could be so wrong about their vision of beauty underground, then maybe they were also wrong in their persistent teachings that a mole would go blind if he dared to try to live above ground. The seed was sown…and the thought grew.

He was soon condemned by the elders as crazy for inviting these thoughts and was accused of being a corruptive influence on those around him. It took immense bravery to hold on to his vision within such a hostile environment, but eventually he knew that he would never find peace unless he followed his heart’s path. He imagined his elaborate escape hundreds of times before finally, on a perfectly average Friday evening, he began to dig a long and winding (and highly illegal) road towards his own freedom.

It was a tunnel of Love.

He passed through great stretches of darkness and left behind everything he had ever known to be true. He was lonely and plagued with doubt and even imagined that he may indeed be crazy. But it was too late, he was diving into the strong current of his decision without even knowing if he could swim.

As can often be the way, Fortune did not let his efforts go unnoticed. One afternoon he came upon a small locket, whilst digging through a particularly dense clay seam, that helped allay his fears and was surely placed there by some higher power. Tucked Inside the locket lay a piece of folded parchment paper with these words inscribed in faded ink… ‘Is it not better to spend a moment standing than to live a lifetime on your knees’

“Oh Yes!” he thought “It most certainly is” which, for one who had only ever crawled, was quite an abstract thought!

And so he kept going, day and night, tunnelling… and trying to rest without sleeping… and then tunnelling some more, until at last he felt safe.

“No one will ever find me here” he thought, and all the angry faces of the elders started to fade from his memory.

He made one last tunnel skywards until he broke through the surface ground of a certain field. Here he felt the warm breeze of open air touch his muddy cheeks and the faintest caress from strands of fresh grass welcoming him. He closed his eyes and let the sweet scent of summer sweep through his bones… everything golden at last. He fell into a very deep sleep that seemed to last for several days, and when he awoke he knew that he was irrevocably changed by his journey. He spoke to himself (and to anyone else who might be listening)

“John my Love, you’ve been so amazing! You’ve done it! Thank you so much for being me! But I no longer need you my love… you don’t feel right any more… I don’t want to be you any more… I want to be more amazing… I hope you understand, but I’m letting you go.”

With that John returned his name and his old self to history and renamed himself ‘Moltar’. He would become the first mole to live entirely above ground, and the first mole seer or ‘fortune teller’ that had ever been known. He began to live his life in The Field imparting great wisdom and kindness to all that came his way. No mole from his past ever found him living there and no one ever discovered that he was once just a regular ‘John’… From a long line of Johns.

← Previous in The Field 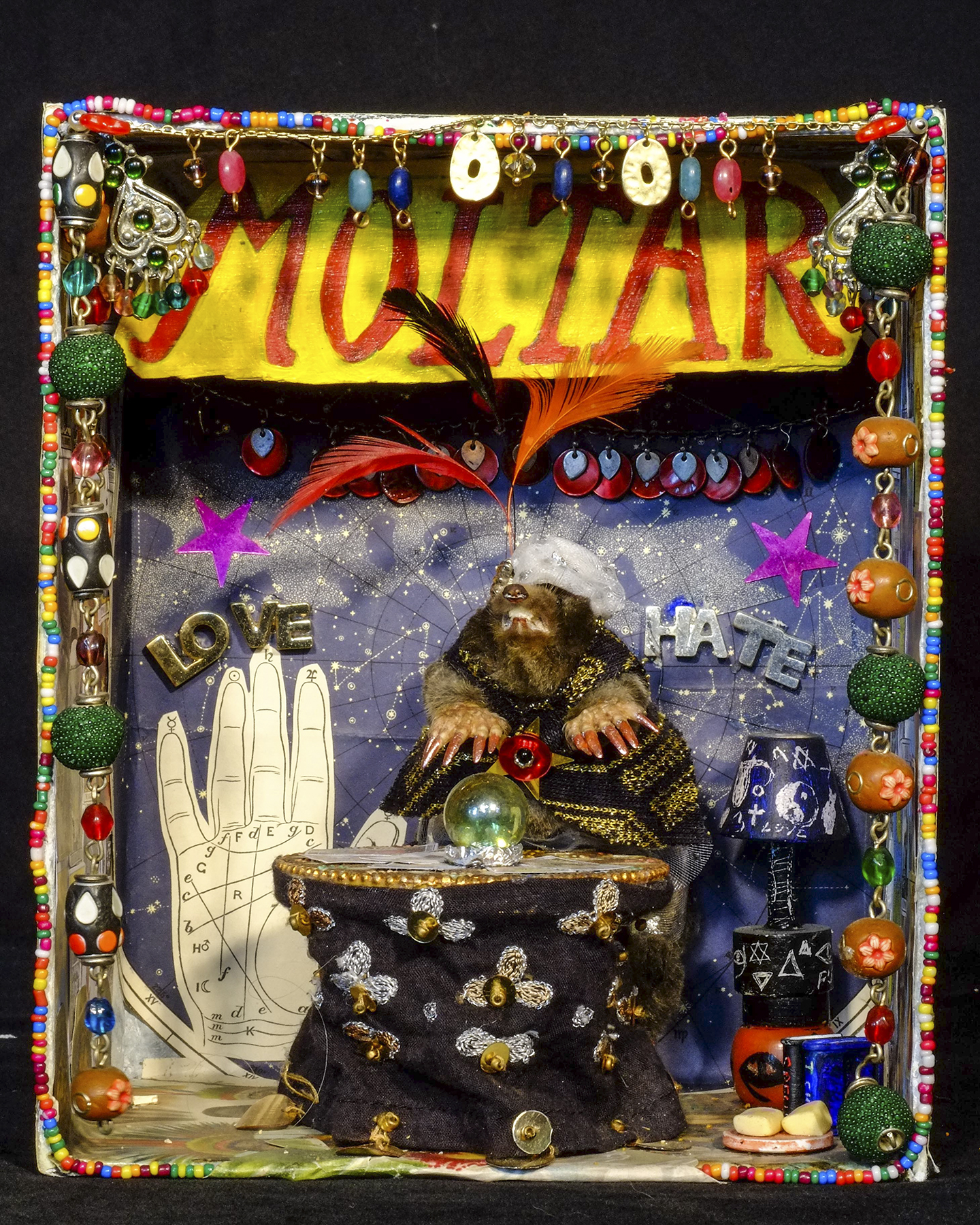 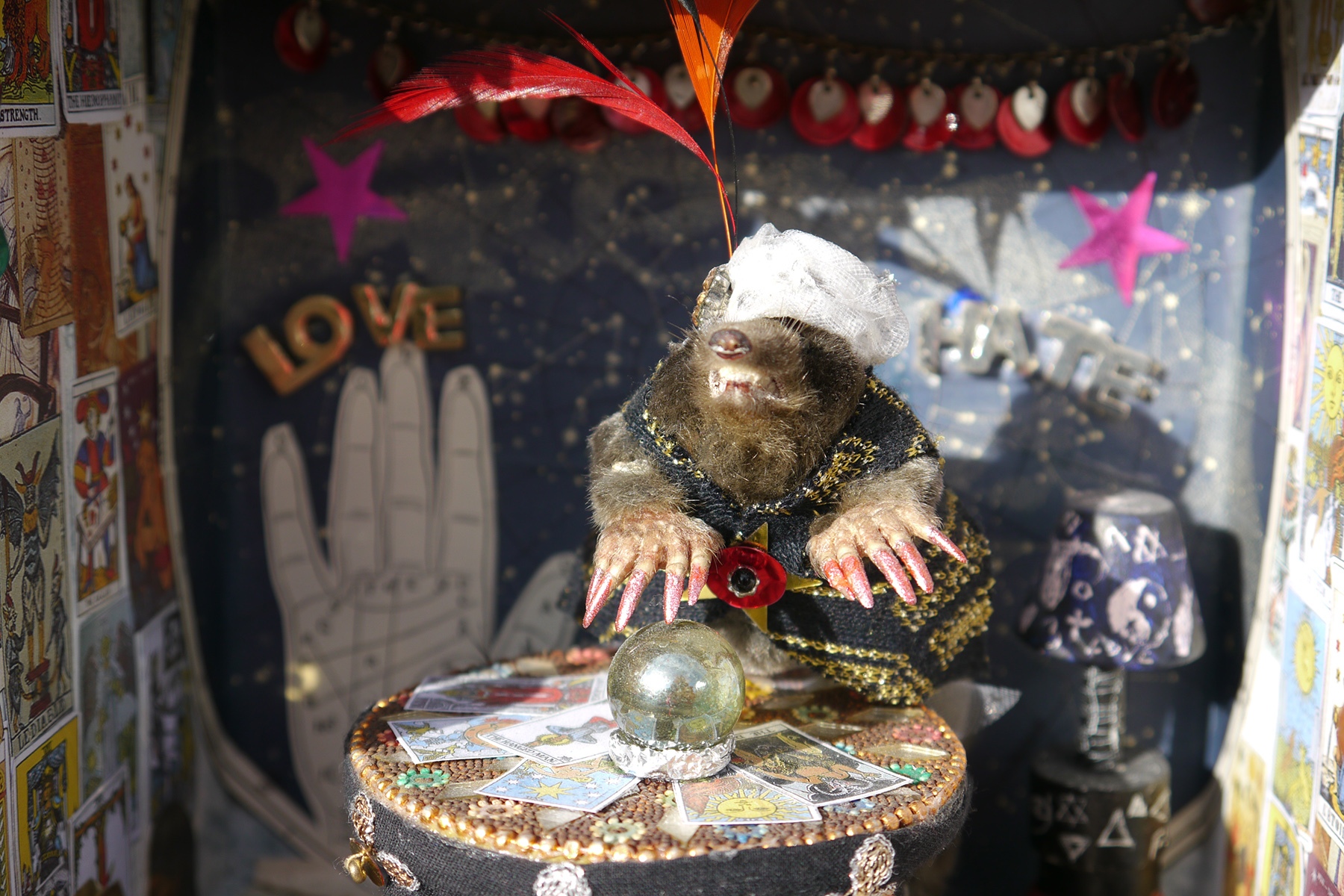