Malin Gonzales never knew her parents. She had been told that her father was a grey squirrel who shamed his kind by falling in love with her mother, a red. The clandestine affair proved, in the end, too difficult and he left for Jamaica – so it was said – before Malin was born. Her mother died shortly afterwards in the broken hearted shell of her former life, leaving her little daughter with absolutely nothing.

Malin, since learning of her history, developed a penchant for all things Jamaican and even built a shrine dedicated to a small Jamaican doll she came upon at a car boot sale. She would spend her days dreaming of visiting the island and being blissfully reunited with her long lost father.

One day she was persuaded by a group of friends to turn this dream into reality and with altogether not a great deal of foresight, they all set off in search of Jamaica and her only relative. They packed a small bundle of nuts and berries into a sock and began hiking across the fields towards the shoreline of the channel. Before long they reached Devon and this is where the story takes a cruel and terrible twist! A great storm cloud of torrential rain seemed to pursue them on their journey and they were eventually forced to seek shelter in a ramshackle old stone building. The rooms were dark and the whole place smelled of liquor and ale (which is most unpleasant to a squirrel). But far worse was to come… when they managed to light a candle and illuminate the corridors they were horrified to discover that the walls were lined with obscene stuffed animals in grotesque glass cabinets. Such a sight was beyond words and they were absolutely terrified! Though they tried to escape the nightmare it seemed that everywhere they looked another face would appear on the walls… ferrets playing snooker, kittens at a wedding even squirrels in dresses smoking pipes!

Somehow, and they still don’t know how, they managed to find a way out and they didn’t stop running till they reached The Field again. Whatever they had found that night would never be spoken of.

Malin made no attempts to find her father again and certainly never asked the Universe for help in her search again. The terrible truth in this story, that thankfully she would not discover, is that had she stayed in that horrible place a moment longer she would have come face to face with her father… up there in a cabinet screwed to the wall and dressed in fishing trousers… right under a brass plaque that read ‘Gone fishing -Jamaica Inn – Bodmin Moor.’ 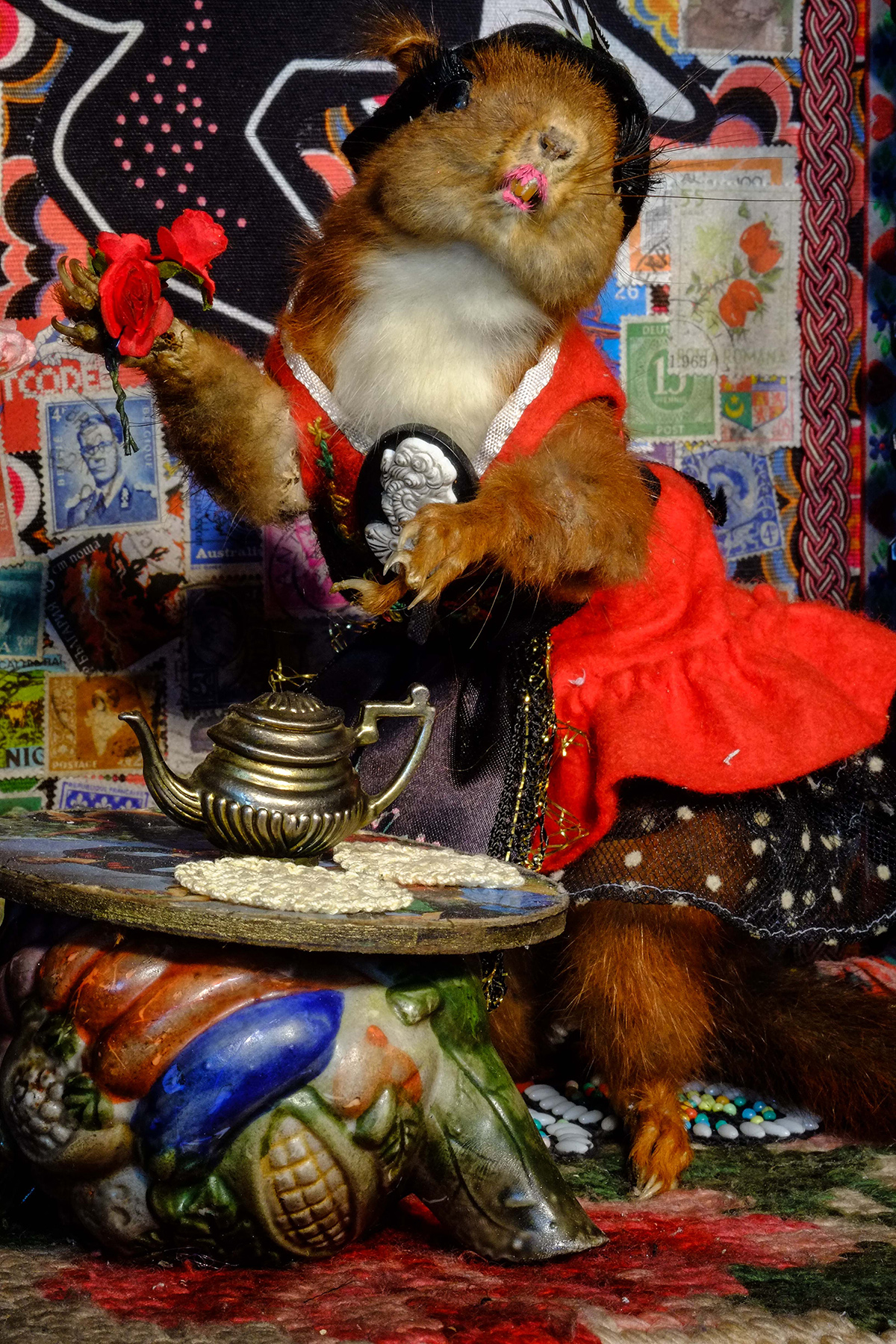