If you are a beetle and you happen to stray into the thicket a little too far you might encounter the delights of Madame Bon-Bon. She… with her deceptively comely figure and her voice of layered dulcet tones. With her beautifully arranged platter of sweets, her sugary fingers and her guile. Be warned! Fair venturer! For this madame’s lair is no traveller’s rest. The fancy treats she offers are not yours for free and no beetle who ever entered her home has ever been known to leave.

Several years ago Madame Bon-Bon discovered that a wonderfully rich pigment, essential for her lipstick manufacturing, could only be found in the blood of hapless beetles. Thereafter she devised an effective means of extraction whereby her victims would willingly surrender themselves following the consumption of opiate infused bon-bons. These delicious sweets were offered freely to any beetle guest and were always gratefully accepted. It would only take three sweets to completely incapacitate her new friends and from then on their days would draw to a close. Once drained of all fluids, their empty bodies would be swiftly removed and placed on a large pyre away from view. The empty carcasses were so light that on occasion they had been known to take flight on their own accord! As if by magic! The sight of this did cause a momentary flash of conscience across the young vole’s heart, “Oh Lord… could that be the spirit of that beetle yesterday?” she would gasp, as the little black shells would dance above her in the wind. But thoughts of retribution were short lived and she soon returned to the business of creating her extraordinarily fine lipsticks.

She gave each colour a suitably seductive and delicious name… a name that would immortalise the life it held. There were names like ‘She Devil’, ‘Cosmic Sex Toy’, ‘Hot Chilli Night’, ‘Russian Red’, ‘Firestarter’, ‘Deadly Passion’. This, she believed to be a fair exchange and a kind of alchemy that was worth far more than those dullard beetles deserved anyway. 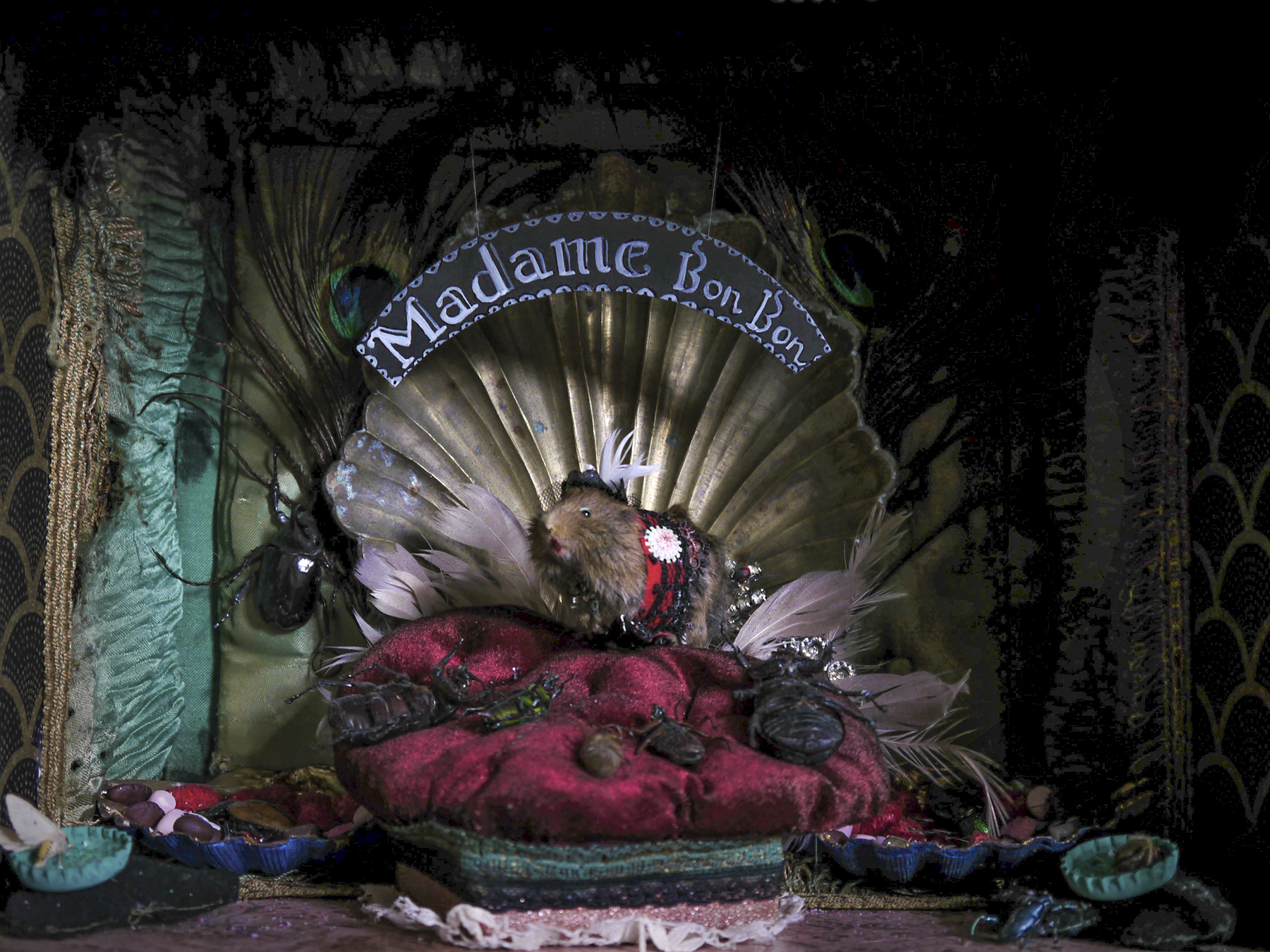 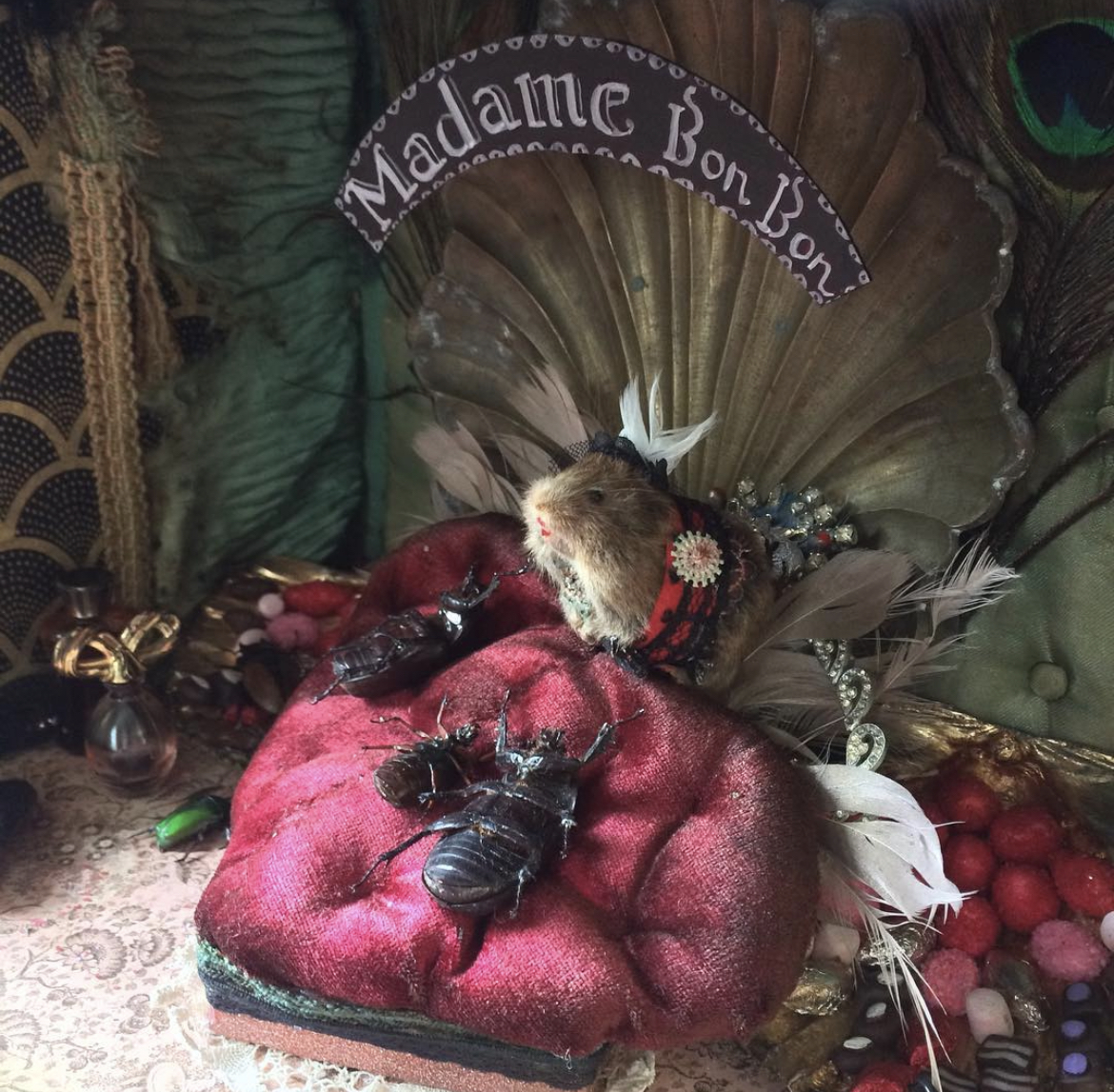 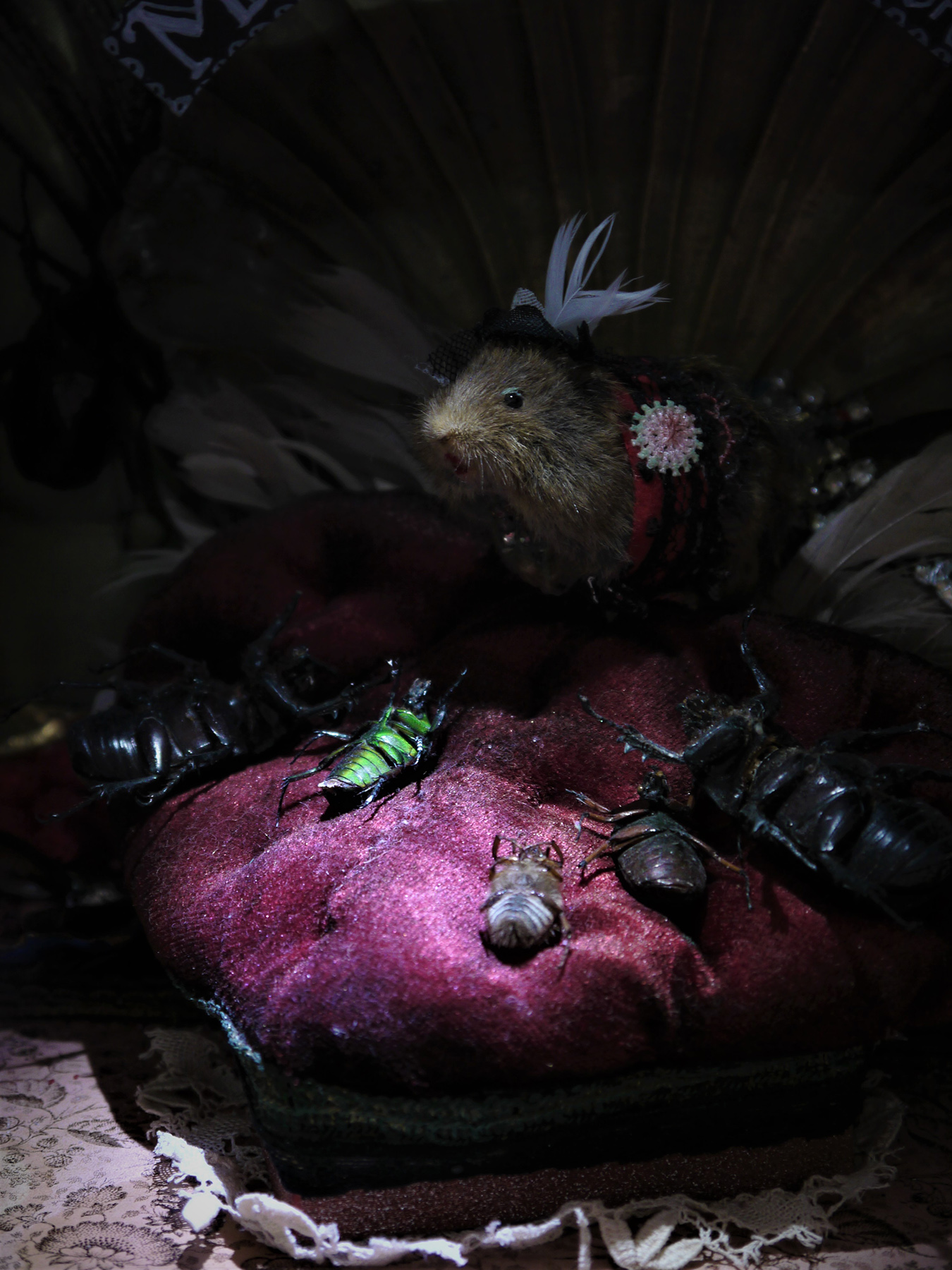 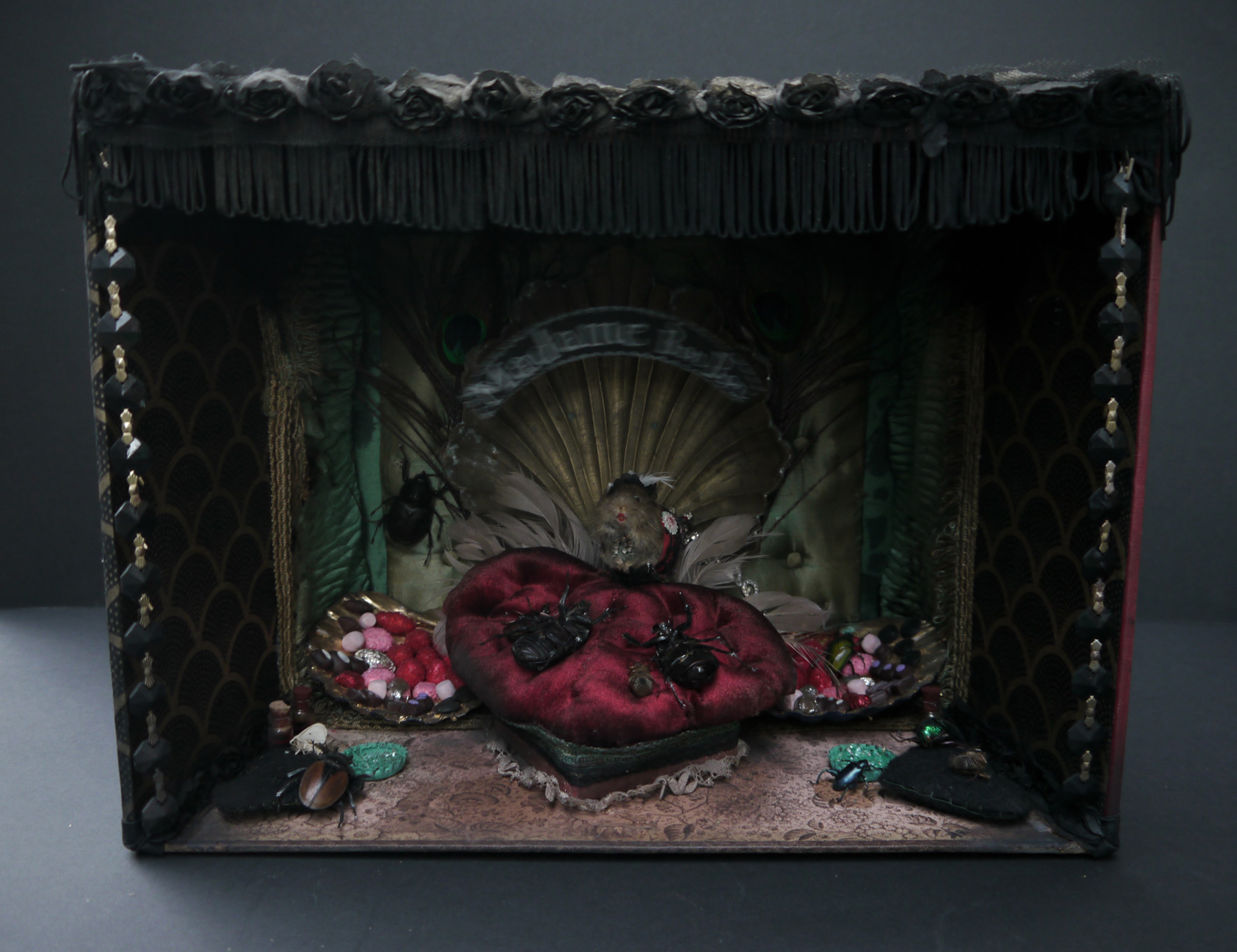