I expect that most of you reading this have grown up believing in the tooth fairy. That it was these fairies who removed your childhood teeth from under your pillows at night replacing them with silver coins. But did you ever wonder if this was in fact the whole story? Well there is a certain French mouse called Vermouth who could tell you the truth about this popular myth, and in fact she would be very pleased if you would help to rewrite the history books to include her tale.

Vermouth was the only true collector of teeth, and far faster than any fantastical fairy. She, and her team of experienced mice collectors, were able to cover an area as wide as the whole of China in their heyday. They were so nimble and fast that they soon amassed a huge fortune of these ‘white jewels’ and developed trading links throughout the entire world. Vermouth soon grew to be a creature of immense power and privilege. She largely spent her money wisely and supported many charities… but she also became known for her decadent parties and her frivolous spending. She bought crocodiles and kept them just for her amusement and she ate only the finest French cheeses.

However, her rising popularity was cut short when stories began to leak about her less than ethical means of collection. It was true that on rare occasions she had been known to remove teeth a little before their time, and it was also true that this could prove to be rather messy. But she was devastated to learn that she had developed the nickname of the ‘Butcher of Rhyme Intrinseca’. It wasn’t long before her services were no longer required and in a travesty of justice she was deleted from history and replaced with the common ‘fairy myth’. It was said that children had begun to experience terrible nightmares of this ‘ugly’ rodent, and she was seen as nothing more than a villain.

When she arrived at The Field she sought retirement and a peaceful refuge to live out the rest of her days. She came dressed in a silk beaded dress and was preceded by the delivery of an enormous sack of teeth. She used the teeth to build herself a beautifully crafted castle (of sorts). It had turrets and a dining hall, six bedrooms and several chambers of fancy. There she remained until the day that the river burst its banks and swallowed the whole dream in less than a minute. Thousands of teeth were swept along miles of riverbed as far as the eye could see. Though this happened a very long time ago, it is said that if you look hard into the waters all around Frome you might still be able to find a tooth. 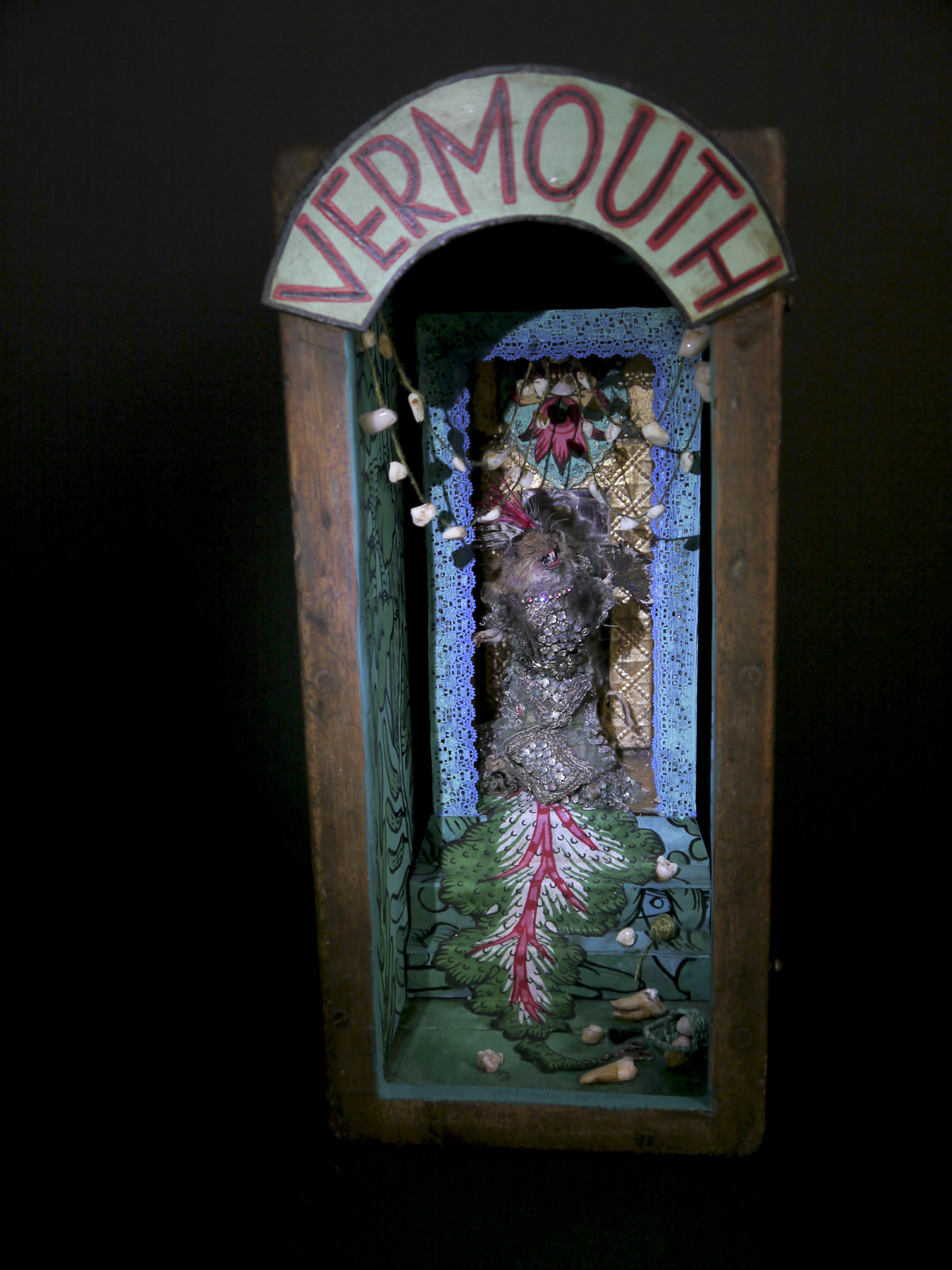