The Great Pretender is a miniature master illusionist specialising in levitation, escapology and hypnosis. He visits the field once a year with his marvellous travelling magic show and seduces everyone with his mesmerising performances. Each year his tricks get more elaborate and amazing but he continues to be an elusive presence and nobody ever discovers who he really is beneath all the smoke and mirrors.

Some would say that if you get too close to him you will lose your sense of self, and as everybody knows there is no worse fate for a fellow being to befall. It seems that he does indeed occasionally employ his magic for his own means and, away from the stage, he has been seen making perfectly normal creatures come away believing that there is something fundamentally wrong with them. He has been accused of using his mirror like eyes to reflect what he wants you to see, rather than what is really there… and worst of all he has been heard saying “You see it don’t you?… you feel it don’t you? I know you feel it, I can see it in your eyes.” when really there is nothing there at all and you know there is nothing there at all! But he is so very persuasive that it becomes impossible to be sure of anything when you are around him. Everybody generally gives him a wide berth for this reason (and also because a wren was discovered sawn in half several years ago and the rumours surrounding her demise still linger).

A cautious and long winding friendship does eventually develop between himself and the ever fearless Moltar, in which it becomes apparent that he suffered greatly as a child for his wizardry. His parents believed his magic to have come from an evil source and eventually grew to dislike and distrust him so intently that one day they took him up to the heath and never returned.

It was out there, whilst wading through endless miles of bog and moss that he learned everything about survival and fear. He learned how to throw his voice and how to disappear when under the shadow of a circling bird. He learned to follow no one and to never speak the truth. If you knew this, as Moltar came to, you would probably forgive him when his tricks seemed cheap or his gaze crooked. 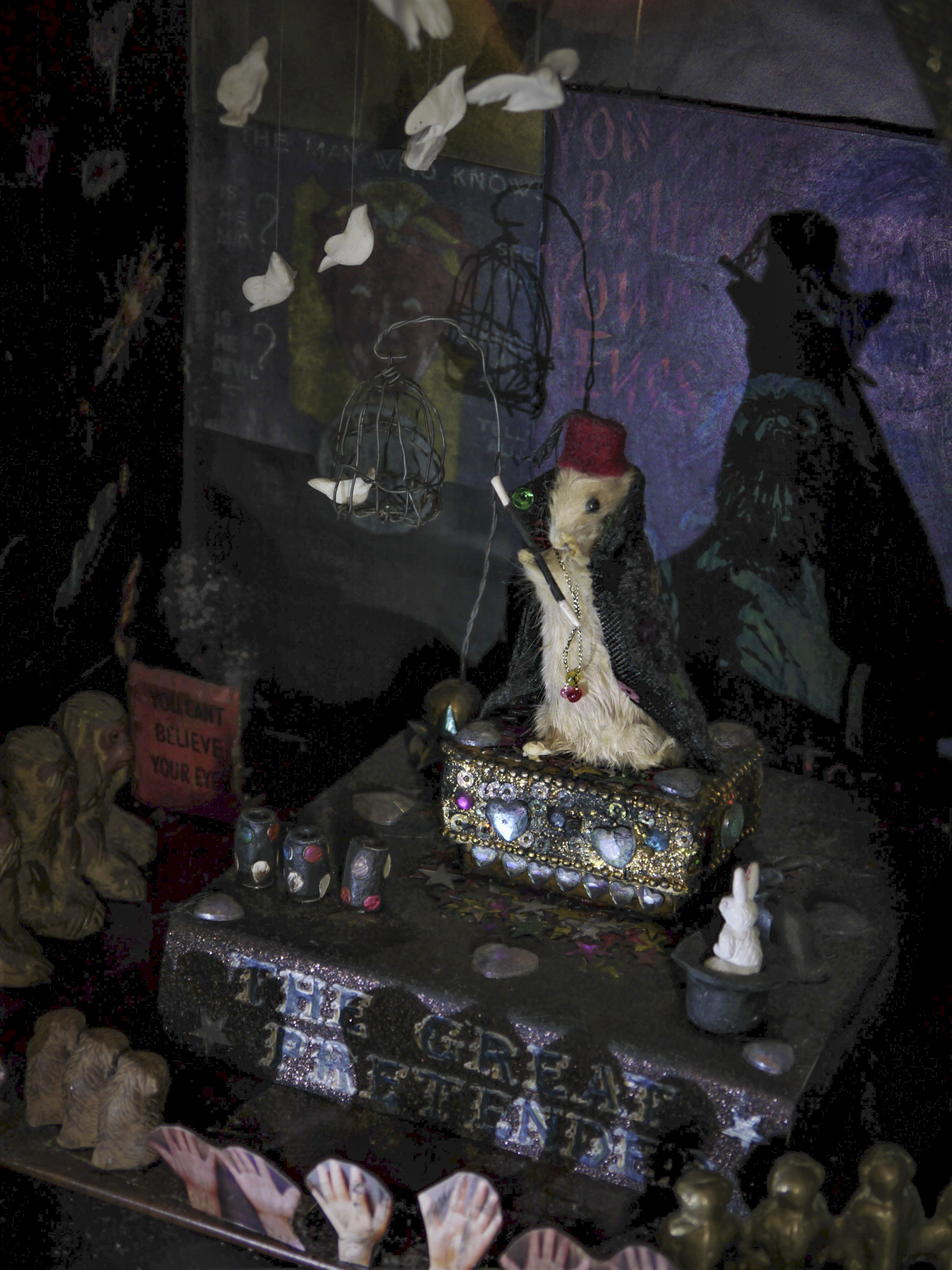